This header image should work well for Facebook and Twitter, should you feel inclined to display it that way.

I made this for me. You’re welcome to use it for you. No rights restrictions. Click on the image for the full resolution version.

These are free for you to use however you would like. Click on each image for a 4″x6″ 600dpi version with 1/8″ bleed around the edges. 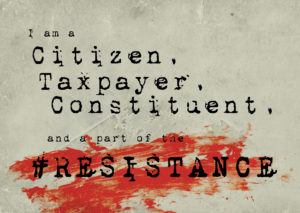 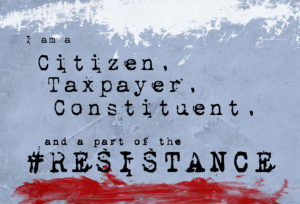 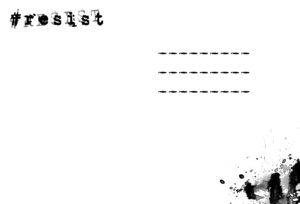 You can use these images however you wish. If you want to print your own postcards, go for it. Banner image on your social media? No problem.

We typically print our postcards with PS Print, but their prices are a little high for small runs. I’m printing a batch of 50 for myself through Uprinting.com , and it’s costing me $40. Here are the specs from my invoice:

I’ll report back if there’s a problem with what they delivered.

I’ve been consuming some history lately, including lots of American military and economic history. When I hear the #MAGA folks saying “Make America Great Again” I’ve begun looking beyond the obvious response (“America is still great”) and into a pair of deeper questions:

The answers, summarized, are “bad behavior” and “no.”

Before you scream at me, hear me out: Americans have worked hard, fought hard, and paid dearly to get here. But we’ve had some unfair advantages, and we should look at them.

Americans exploited African peoples for for decades after Europe had abandoned the slave trade. The United States put those slaves to work building an enormous economy (cotton was a big deal in the 19th century) at a fraction of what it would have cost if we¹ were treating slaves like actual human people. The wealth that poured into the American South during the first half of the 19th century put the economy of the United States on par with some of the great economies of Europe, and we’d been a nation for less than 100 years.

The United States was born with a frontier full of valuable natural resources which Americans claimed for their own during long string of violent conflicts with the indigenous peoples. Europe and Asia had similar resources, but the nations of Europe and Asia were hard-pressed to displace each other.

The United States grew westward for a hundred and fifty years, killing and displacing the Original Americans on no other grounds than that we wanted their stuff. I live in some of that territory. It’s rich, beautiful land that we took from someone else. I said “free resources” but it’s a little more accurate to say “stolen resources.”

In the early 20th century the United States was an isolationist economic power. When the Great War broke out in Europe we pointed at the “foreign entanglements” that dragged nation after nation into a shockingly deadly conflict, and we patted ourselves on the backs for not being entangled. Then we sold weapons and materiel to anybody we could ship them to. A portion of the heavy cost paid by Britain and France during WWI was paid to the United States. We only entered the war in its late stages, and on the cold balance sheets of GNP, we came out of that war ahead.

In the Second World War we again gained an economic leg up with early isolationism, and even after we joined the war our geographic isolation continued to work in our favor. The enormous leverage we had developed in the previous 130 years afforded the United States enough of an advantage that following the war we had become a power, economic and military, that required the coining of the word “superpower.”

Standing on the Shoulders of Giants

From the 1950s forward we leveraged that status. Two or three generations of Americans² grew up assuming that America was the biggest and the best by definition, forgetting the path we took, and the people we literally crushed to get here. Isaac Newton once wrote “If I see far it is because I stand on the shoulders of giants.” When we acknowledge those whose work came before our own, we must not fail to recognize those who did not do that work willingly.

When we consider the historical context, the phrase “Make America Great Again” is exceedingly problematic, and not only because the word “again” seems to say that we’ve lost our way.  The word “again” also suggests that we want to return to the injustices and exploitation of our past.

I don’t want that.

If you’re alive today, it’s because you had human ancestors who were brutally effective in a world where brutality was often the best survival strategy. Feeling guilty about that won’t do anyone any good, but neither will using that as a justification for brutality today. It’s not the best way to get ahead.

We’ve learned to communicate, automate, improve, and refine in ways our ancestors couldn’t even imagine. That is the path for further greatness, and we cannot walk it alone. We stray from it completely by shouldering other people off of it. If we want to make 21st-century America great, in our own eyes, and in the eyes of the world, it’s time to be done poisoning everybody with the smoke of burning bridges³.

The American people are, like all human people, brilliant and wonderful. Let’s educate them, and care for them, and prop them up so that when they stand on our shoulders, they see things we can’t imagine, and when they look back at us we’re smiling about it.

¹ I say “we” throughout this essay because my ancestors took part in most, if not all, of the aspects of this bad behavior. Also, I benefit, as do almost all Americans, from the economic and military boosts we unfairly acquired in the 19th and 20th centuries.

² I’m one of them. It took a while to disabuse myself of some of those notions. Today I look around and see that non-Americans work at least as hard as Americans do. If we’re ahead in any sense, it’s because our starting line was further forward.

³ And other stuff. Burning things is terribly inefficient, and messy. We should stop.

Schlock Mercenary is, in its heart of hearts, satire. It has always been political, but those messages are delivered in the abstract. It is sociopolitical satire framed in military sci-fi comedy. It invites the reader to laugh as they ask questions, but it does not commit to giving them hard and fast answers.

On rare occasion the blog posts beneath the comic have been a bit more explicitly political. Over the years I’ve determined that political punditry isn’t something I enjoy, and that the people who find it profitable seem to also encourage a widening of the spaces between us, driving both the left and the right to more entertaining¹ extremes. Mostly, then, my blog is about movies and merchandise.

Of late, however, my Twitter feed has been extremely political. This isn’t because I enjoy politics, nor because I’m seeking attention. It’s because important things are happening², and I believe they’re important enough for me to expend a bit of my social capital to boost critical messages. I still tweet the slice-of-life silliness I used to, but the mirth is diluted a bit.

The pattern described above is likely to continue:

Regardless of what is said in any of these spaces, each of them belongs to me. I’m under no obligation, legal or moral, to give equal time to positions other than my own³. I do feel a strong obligation to say things that are true. I aspire to the high levels of journalistic integrity currently demonstrated by people like Farenthold and Tapper, but I’m not a journalist, so I’m much more likely to get things wrong from time to time.

¹ “Entertaining” in the same way that watching a car accident is entertaining. I hold the modern pundit-provocateur in extremely low regard.

² Political protest appears to be on track to be the American national pastime for 2017, displacing Baseball. 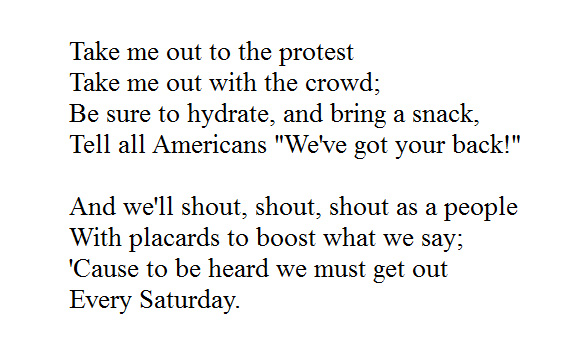 ³ My personal political positions have changed over the years, and some have flipped nearly 180 degrees. You can peruse howardtayler.com/blog if you’d like (not everything there cross-posts to schlockmercenary.com) but only the most current stuff is going paint an accurate reflection of what I think.