The wedding was beautiful. The reception was lovely. The day was exhausting, but only because it’s hard work packing that much joy, delight, and awesome into one contiguous sequence of waking hours. 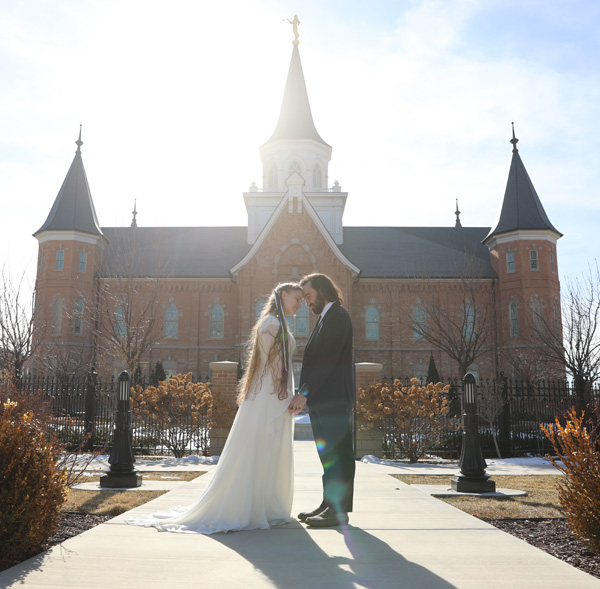 Thank you, everyone, for the congratulatory wishes, and support, and for your patience with us as we rescheduled all our business deliverables in order to have some make-the-family-bigger¹ family time.

¹ That may have sounded a little lewd, but I footnoted it, so it’s totally okay.

We’re all connected, and I’m thankful for that.

Last year I wrote this piece on the subject, and this year I think the idea is worth revisiting because we’re much less likely to spew hatred and vitriol when we recognize our connections.

Consider today’s feast, if you’re an American participating in the feasting, or if you’re a human who happens to be eating: farmers from around the world contributed to the things on the table. If you’re enjoying poultry it may be local, but the spices applied to it were likely grown much further afield—Hungary for your paprika and Vietnam for the black pepper, to name two likely contenders.

Did anything sit in your refrigerator? Components for that miraculous bit of technology were built by engineers from many nations, using materials that include petroleum products and rare earth metals. When you open the refrigerator you’re operating equipment with bits from China, Thailand, Malaysia, Russia, the United States, Australia, and Saudi Arabia, and that’s the short list.

The “threaded thanks” exercise works in this way: Pick a thing for which you are thankful, and then read up on that thing. Where did it come from? Before it came from there, where did its parts come from? Who hauled it from all those places to the place where you got it? How were they able to make the trip? Find the thread and keep pulling, and identify as many connections as you’re able to. Then express your gratitude for each of those connections.

It might take a while. Probably don’t do this while others are waiting to eat.

There is no room for jingoism or any other dehumanizing belief system in this exercise. There were no “lesser” people involved in bringing you the things that made today’s meal possible. You depend on them, and when they sit down to eat, they depend on you. If you’re reading this, it’s likely that I depend upon you in some way for the meal I’m enjoying. My own living is earned in a massive web of transactions that include the streams of data moving to and from the device upon which you’re reading this text.

Last year at this time I described myself as a thankful person. To me, being thankful means acknowledging the countless hands that bear me up, and expressing my love and appreciation for them. It means being grateful, and learning to whom I owe the debt of gratitude. It means embracing the idea that when I pay for a thing and bring it home, the financial transaction is just one small part of the established connection.

We are all connected, and I am thankful for that. You’re part of those connections in more than just one way. I’m thankful for you, and the work you do to make our world a better one.

I am a very thankful person.

That’s not the same thing as saying I’m fortunate, or blessed, or glad some of these crazy dreams of mine have panned out. I’m all of those things, too, but being those things isn’t the same as being thankful.

Thankful suggests that I’m a person who is ready to acknowledge the work of others in making my own life better. Thankful means drilling down on good fortune, blessings, and gladness, and looking for the specific places where my indebtedness can be enumerated.

As a religious person, I’m always thanking God for things. But as a thankful person, I am mindful of the fact that God’s hand in my life has been manifest through the hands of countless flesh-and-blood, Earth-walking folks; people who deserve better than to have their good works chalked up to a God in whom they may or may not believe.

One of Sandra’s “minions,” a man who now carries the Hypernode Media Corps of Volunteers challenge coin (“running with scissors for no money since 2006,”) built a computer for me earlier this year. When it began blue-screening, he came to my home and troubleshot the problem using tools and methods I understood, but never would have figured out on my own.

The cascading levels of good fortune, gladness, and gratitude in this particular circumstance run for quite a while. I’m thankful that Chad helped me. Chad and I were both thankful that the problem was a single, easily-to-replace component, rather than the Mother of Boards. That was literally a “thank God” moment, but thousands of engineers, technicians, scientists, rare-earth-metal miners, and others stand in that chain and get credit for having built a Mother of Boards that did not fail.

I’m thankful that thousands of Schlock Mercenary readers have spent money on books, challenge coins, and impending role-playing-games, allowing me to afford tools like the one Chad built, and repaired. I’m thankful that their support has been generous enough that when Chad said he did not want to be paid for his time, I was able to insist, telling him that at this moment, that small sum would probably work harder for him than it would for me.

This in turn means that I’m thankful that my generous readers are gainfully employed, and have discretionary income. Without the people who pay them for the work they do, my own work couldn’t continue.

Gratitude is mind-opening, heart-expanding exercise in which you can examine a single thing for which you are thankful,  grab hold of that thread, and follow it all the way down. Follow the turtles past the madness, and unravel the whole sweater in order to understand how very many people in your life deserve a “thank you.”

I say “you” here because this Thanksgiving I want you to try this with me (if you’re not celebrating Thanksgiving, it’s even easier, because you won’t be distracted by mountains of food topped with pie.) Look beyond the grand, all encompassing “thank you” bucket. Pick one thing for which you are recently and intimately thankful. Hold tight to that thread, and pull.

It won’t destroy the sweater. It will show you how many other people are holding onto that same thread, and when you’ve acknowledged them, and perhaps even personally thanked them, the sweater will keep you warmer. And if it does unravel, hey, now you know who to talk to about getting another one.

From Tuesday through Friday my family and I are participating in “Trek,” which, in the local dialect of Mormon-speak, is interpreted to mean “hiking and camping with handcarts, hymns, and harmonicas.” Just like our pioneer ancestors. I joked that this event was a cross between a Mormon Pioneer cosplay and an Oregon Trail LARP, but I’ve been told that this is not the case, and no, I’m not allowed to pretend to have died of dysentery so I can go home.

If it sounds like I’m making light of it, that’s because I make light of pretty much everything. Especially things of which I’m frightened. Camping in general has lost its appeal for me. Hiking? Sounds suspiciously like work. Doing them together, so that after a long hike you get a crap bed and food you carried and zero long soaks in a hot bath? Let’s just say it’s not Reese’s Peanut Butter Cup math.

I am not, however, a heartless, spineless fool who cannot see the benefit in these things. Sandra and I have been given the opportunity to walk the trail our ancestors walked one-point-six centuries ago, and we get to do so with all four of our children. The window of opportunity for this activity is pretty much this year, or never. Our kids are growing up and growing out. If we want to be miserable, all six of us, together in Wyoming, this is the time to do it.

Am I making light again? Perhaps.

We won’t have “electronic devices” with us, which is Trek-speak for “no phones, no music-players, no movies, no laptops, no getting any work done Howard, and if you want to take pictures the camera must only be a camera, not a smart-something.” If I want to tweet anything I’ll have to write it by hand in my journal, and carefully count the characters on my fingers to make sure I don’t use too many.

I am issuing an electronics exemption for my Fitbit, which I will be wearing for the whole trip. I have it on good authority that the pioneers had 1) odometers, and 2) timepieces. Besides, this is the damaged one (the replacement from the manufacturer is still in the packaging) and the repair scars I’ve inflicted upon it exemplify the old saw about thrift:

Use it up, wear it out. Make it do, or do without.

In this spirit, everything I’m wearing, carrying, or packing is newly acquired for this trip EXCEPT for the anachronometer on my wrist. Especially the shoes, which I have already broken in and stress-tested on a 22,000-step day. If my ancestors had crossed the plains in boots like these they really would have sang as they walked.

The point is that I’m going dark for four days. We’ll be back on Saturday, and I’ll be refreshed and ready for my presentation at the Salt Lake Public Library.