Tonight (Tuesday, June 4th, 2019) at 7pm (9pm EDT) I’ll be a guest player at the Typecast RPG table. That link leads to their Twitch stream, so you’ll be able to watch live as I make a half-orc of myself.

The game is run by Dan Wells, and the three core players are Charlie Holmberg, Mari Murdock, and Brian McClellan. The setting is a D&D 5 home-brew featuring magical flying cities and other stuff I still need to read up on.

I really do need to read up, because tonight I’m playing a half-orc bard, a traveling scholar who does bounty hunting on the side. It would be pretty embarrassing if I didn’t know at least some of the lore of the place. Especially if the occasion calls for me to set some of it to song during battle. 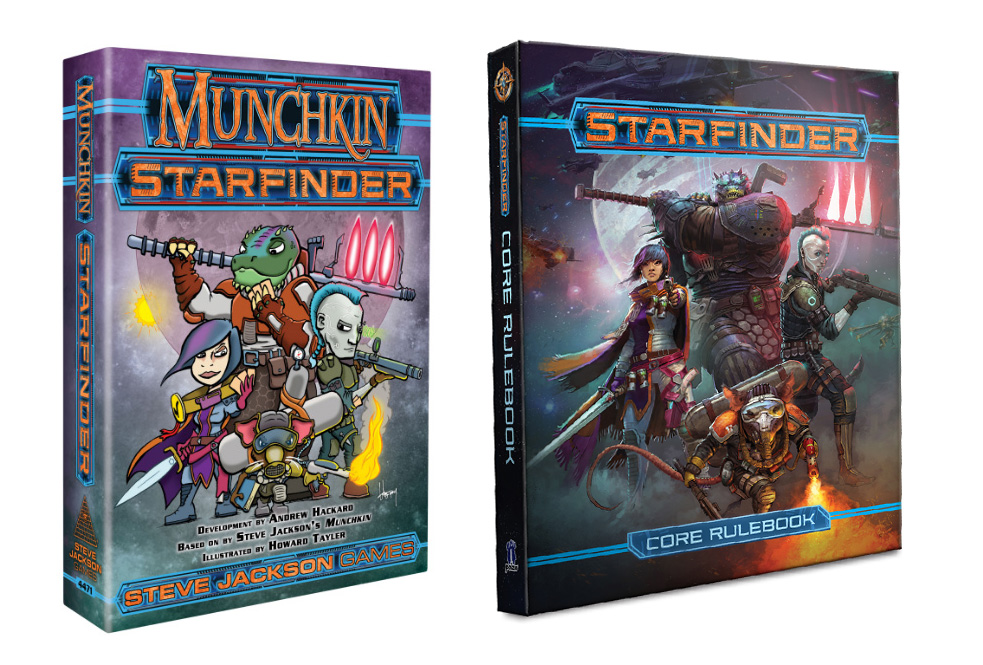 The moment I held these in my hand I knew I had to own them. 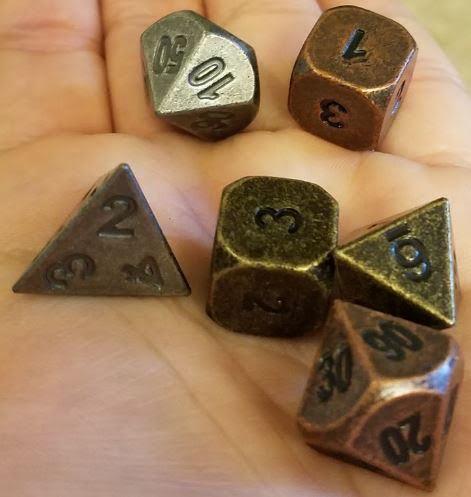 These are metal dice from Die Hard Dice¹, and if you like the feeling of doing something significant when you’re rolling dice, you will like rolling these.

The set pictured above is the “ancient” finish. I selected “Brilliant Gold,” “Battleworn Copper,” and Nickel for myself. When  I ran the Planet Mercenary play test at ConFusion I used two nickel six-siders and one gold one, which is pretty much perfect for the permutation factoring built into the Mayhem system.

I got the metal boxes for mine, along with a play mat which protects the surface of the table, and distributes enough of the throw² energy that the dice stay on the table, even when you roll them in a bit of a panic. I can’t properly describe my delight at the kinesthetic experience provided by these dice. I can describe the jealousy of the others seated at the game table, but I shan’t, because I hold those fine individuals blameless. I’d be jealous too.

When I perused the Die Hard Dice website for links, I found that they have a new series of chrome dice with colored numbers. These will be mine as soon as Sandra gives me permission to spend money again.

¹Disclaimer: I accepted these as a gift³, with the understanding that if I loved them, and could in clean conscience recommend them, I would do so. I do, and I can, so I am, and now I have.
²Do not throw-throw these. They will do real⁴ damage. Roll them, like a gamer.
³If you were to take these away from me and tell me I needed to pay $75 to replace them I would do so the moment Sandra looked away from where my wallet currently sits.
⁴If you are actually being attacked by something, these dice will fit in a conventional slingshot and inflict sufficient injury that you might be able to escape while your adversary admires your choice of projectile.