Head over to shop.schlockmercenary.com and use the discount code 2019HOLIDAY between now and December 5th for 10% off anything in our store.

Additionally, we have a bunch of things already on sale, and yes, the coupon bonus will stack, increasing your savings.

If you’re ordering t-shirts, please be aware that those have a separate shipping chart. They’re produced on demand, and fulfilled by the printer, and it’s probably already too late for internationally-shipped shirts to arrive by Christmas (the deadline was Nov 25). If you’re shipping shirts to the US you have until December 10th to place orders for by-Christmas delivery.

We have some new posters and prints available, and they’re gorgeous. Before I start in with the images, let me start the clock running. The Eina-Afa and Ships-to-Scale posters are going to be limited runs, so if you want them, you need to pre-order them this week.

We’ll print more than we need to fill the orders, but because of their 18″ x 24″ format we won’t be doing a huge run.

Image time! Here are the 11″ x 14″ the travel posters¹: the Planet Mercenary project has made some of the locations in the Schlock Mercenary universe feel so much like real places we figured we’d extend the illusion even further with a bit of sloganizing. 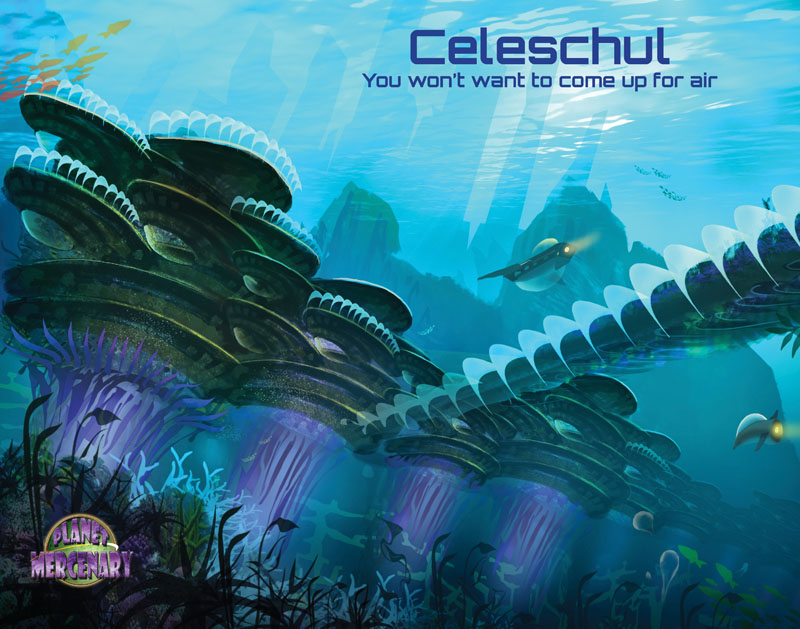 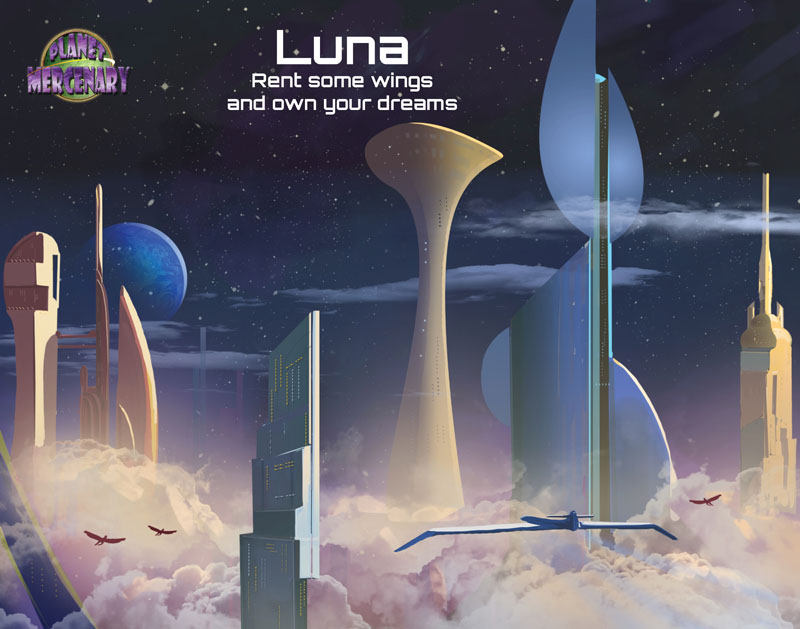 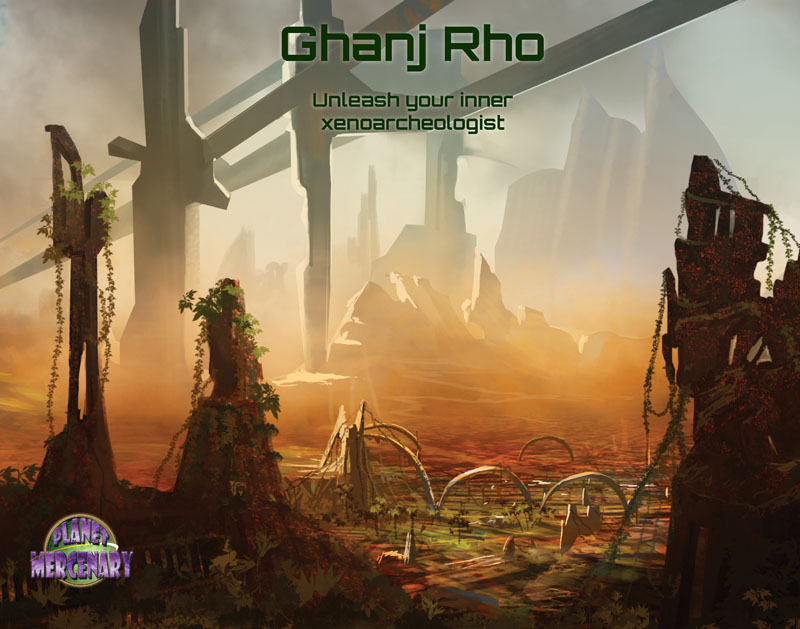 The images above were created by Bogdan Bungardean, who did a lot of the interior work on Planet Mercenary. The travel posters are $5.00 each, but if you order all three, it’s just $10. They’re each  11″ x 14″, a perfect fit for standard frames you can find in walled markets, targets of opportunity, and deep jungles.
Bogdan also did one of my very favorite pieces in the book, an illustration of one of Eina-Aafa’s vertical hurricanes. This one’s 18″ x 24″ 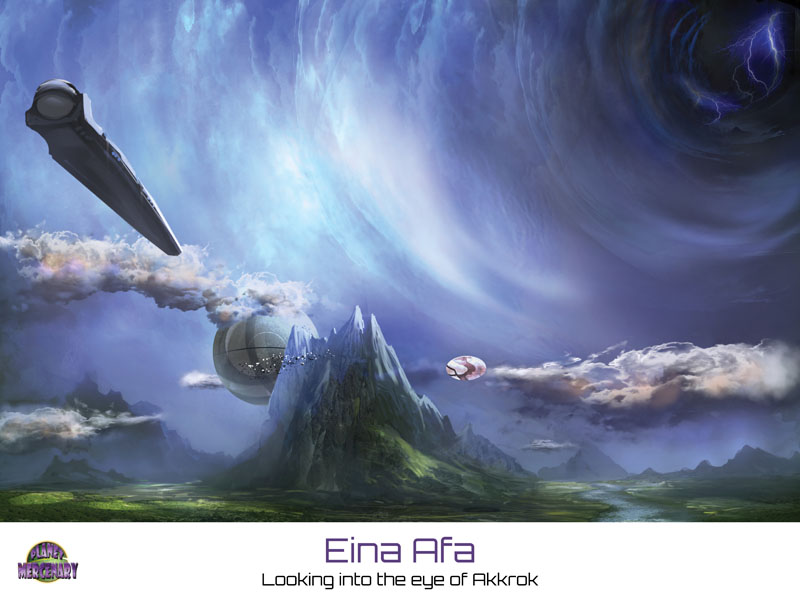 The poster has the logo and the slogan down in the white-space, so if you want to crop those and frame the image without them, you can do that. It’ll mean a non-standard frame size, of course, but it’ll look really nice on your wall.
Finally,  starshipwright Jeff Zugale assembled his Planet Mercenary ship designs into a catalog poster displaying the ships to scale². 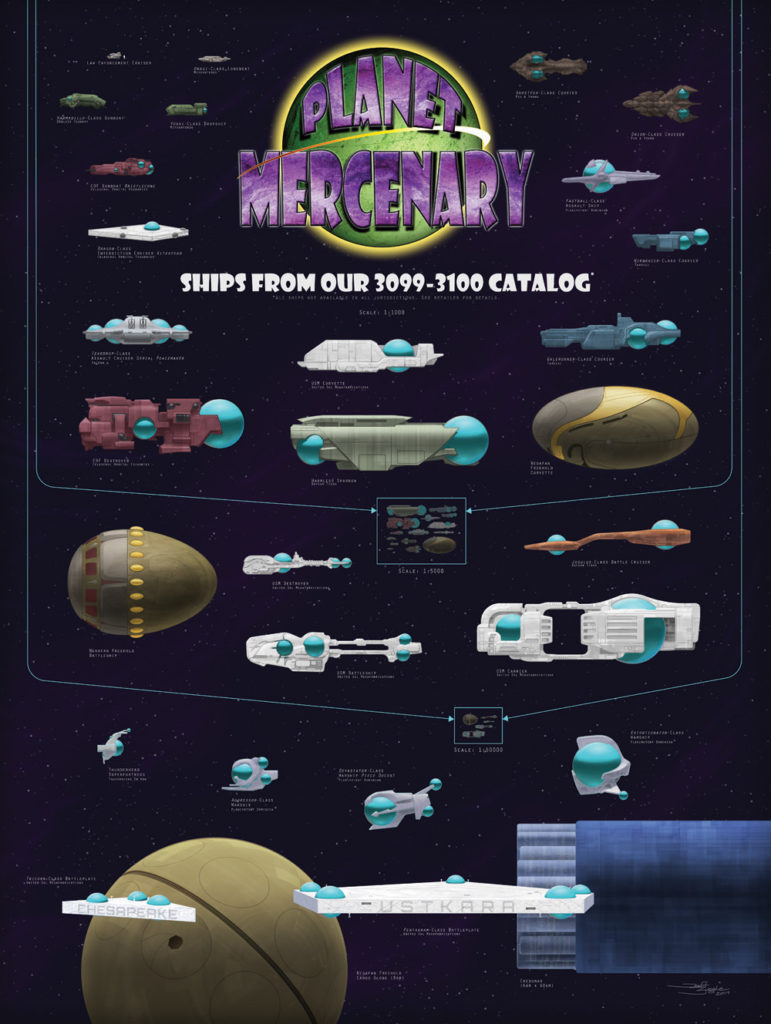 Click here to see it a bit larger
These are the same vessels that will appear on the Planet Mercenary Game Chief screen, but this is an 18″ x 24″ poster. You can pre-order it here.
Here’s a link to all our posters and prints, so you can see what’s available.
As I said at the top, the Eina Afa and Ships to Scale poster are both pre-orders, and will be a limited run. We’ll hold pre-orders for a week, then place our order with the printer. They’ll likely ship in about two weeks.

¹ I had some Star Wars travel postcards, which I think I got back in 1993. I liked them, but I found myself wishing I’d spent extra and made the space for the posters, which they also sold. Is this project inspired by that? Of course it is.

² There are three scales. If you look closely, you’ll see that each section of the poster includes a shrink-box of the previous section. This was the only way to show a three-meter vehicle and an eight-kilometer Oafan cargo lifter on the same sheet of paper.