A new season of Typecast RPG begins tonight¹. The party must leave the snowy wastelands (which we all hated) and pay a visit to the Verdenfleet (which hates all of us.)

There will be big changes for some of the characters, including a bit of apotheosis-justified retconning. 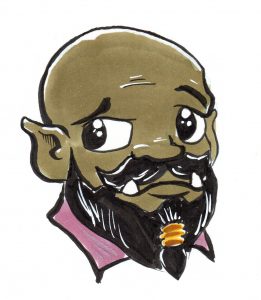 The show starts at 9pm Eastern, and in addition to all the fun role-playing from Brian, Mari, Ethan, Charlie, Dan, and me, there’s an art-cam! And I got some markers that have GLITTER.