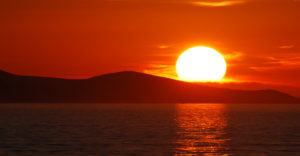 When I worked in the software industry a decade ago there was this lovely term we used when a particular product or code-base was being terminated. We called it “sunset,” and that lovely, red-orange noun with its purple shading would get verbed, and we’d say we were “sunsetting” something, because that’s so much nicer than “terminating.”

On to the point, then. The Schlock App for iOS and Android is being sunsetted, put out to pasture, end-of-lifed—pick your favorite word, there’s no truly nice way to describe this. Let’s talk about what it means, and why it’s happening. 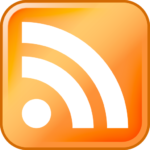 Here’s the short version of the rest of this post: we can’t afford to continue supporting the app. If you’re using the app, we recommend that you switch to an RSS app, and use that to consume the Schlock Mercenary RSS feed.

Ultimately it comes down to time and money.

In the early days the Schlock App was a labor of love, and Gary Henson’s passion for a clean interface gave thousands of Schlock fans an unparalleled reading experience. We were never able to successfully port that experience to Android, and as mobile devices matured, we became increasingly unable to comprehensively test the app on the wide range of devices where it might be run. Bugs proliferated.

And then, two weeks ago, I crashed the app by putting a frame in a blog post. Gary discovered that in order to identify the problem he would first need to update the entire app for iOS 9, which is only a very small step away from rewriting it, since it was originally coded for iOS 3. As last straws go, this was a hay bale, or perhaps a cord of firewood.

By that math alone, the Schlock App is a time sink that does not pay for itself. Consider, however, that the gross revenue is split between us and Gary. $1,000 per year comes out to far less than minimum wage for Gary.

I asked Gary what it would cost to re-code the app, assuming a fair hourly rate for his engineering services. Without divulging his rate, let’s just say that the app is nowhere near justifying that level of investment, and that’s not even taking into account the drudgery involved in rewriting 5-year-old code.

I can divulge that after shopping around other app studios we learned that an app coded natively for iOS and Android, portable across and tested against the most recent 3 years of devices and OS releases, and designed to read via a hybrid onboard/online cache of comics would cost between $80,000 and $250,000.

But, The App Is AMAZING!

Unfortunately we could not get people to support “amazing.” Less than 1% of Schlock Mercenary readers use the app, and less than half of the app users bought subscriptions. Ultimately we have to come to grips with the fact that in demographic terms, the app isn’t actually something the fanbase wants.

That’s kind of harsh, I know, and it will sound the harshest to that tiny¹ group of devotees who appreciate the Schlock app for what it is: the best way to consume a comic strip on your phone. No other app comes close.

Beyond the Schlock App

If you’ve been using the app, you may have noticed that we’ve turned off the subscriptions. We obviously won’t be taking money for something we’re not going to continue supporting.

We haven’t decided when we’ll be turning the Schlock App server off, but we’re 100% confident that the app server will not be running in 2017. It’s likely we’ll pull the plug this summer. Once the server is off, the app will no longer be able to pull down new comics, and it will instantly go from “unsupported” to “unusable.

There is a Schlock Mercenary RSS feed that you can consume on your mobile, and both iOS and Android users have a wide range of RSS reader apps available to them. Here’s a short list²:

The new Schlock Mercenary website is much better than the old site for mobile users. It’s not as lovely as the app, but frankly, nothing is.

At the end of all this, the one bright piece is that Schlock Mercenary itself is here to stay. Apps, browsers, and operating systems come and go, but with each sunrise³ there will be another Schlock Mercenary strip. 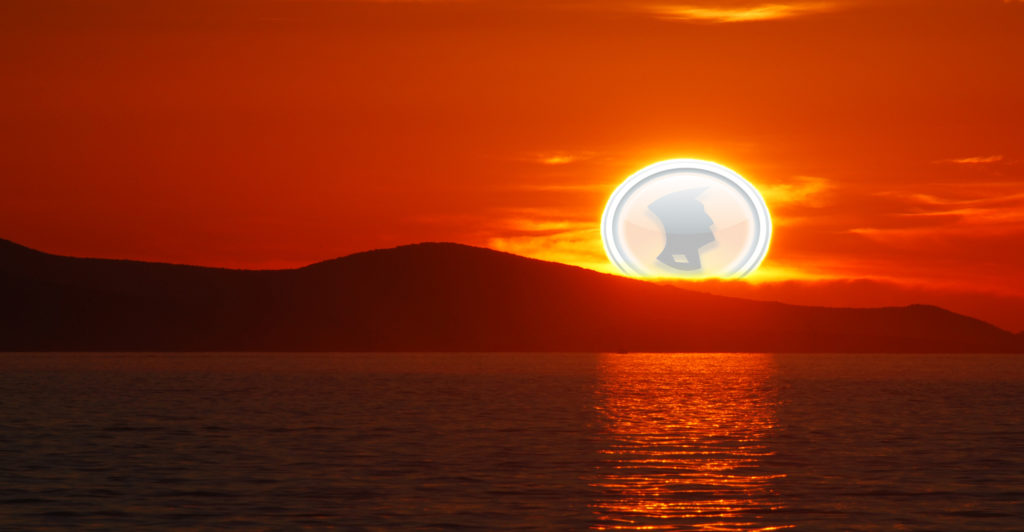 ¹Tiny is relative. At its most popular, the app had 500 paying subscribers. Today there are half that many. A group of 279 is an impressively large number at a wedding banquet, but is tiny when compared to 100,000 monthly readers.

² I have not provided links to these because I would prefer to not to be the one who vets the software you’re putting on your handbrain. If you use a mobile device, you probably already have a standard by which you decide what to install.

³ If the sun stops coming up,⁴  our plans will change.

⁴ Contrary to popular opinion, I cannot stop the sun from coming up by ceasing to update Schlock Mercenary. If I had that kind of power, rest assured, we’d still have a Schlock app, and I’d have a great many things besides.