Most successful projects have a video, and mine have been no exception to this rule. For me, however, unless a project is about making videos I have no desire to watch a video about the project. Words and pictures are plenty. 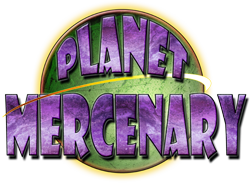 This is one of those cases where I have to own up to the fact that I am not my customer. That’s why today Alan and I will be heading down to the Hypernode warehouse and shooting some videos, including a bunch of stuff the kids are calling “B-roll.”

The Planet Mercenary Kickstarter goes live just 72 hours from now, which probably doesn’t give Alan’s video team much time to edit, but even if they’re hurried I suspect that won’t be why I look awkward and uncomfortable on camera.